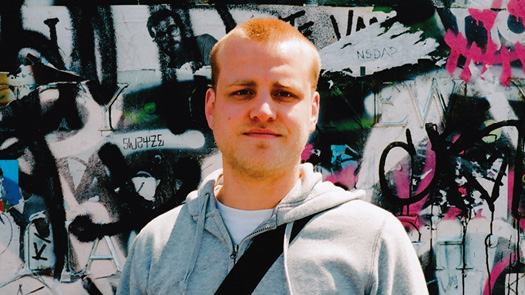 Tim Cowie is an audio visual artist, specialising in documentary film making, motion graphics, electronic sound design and live multi-screen audio visual performance. He is a longterm collaborator at The Light Surgeons and was a full time artist in their east London studio up until December 2012, when he relocated to New York.  During this time he worked on a wide range of projects from installations for national museums to award winning short films.

Over this period he has become a major collaborating artist on many of their live AV performances. He continues to work on Light Surgeon’s projects as well as develop his own music and audio visual art. Tim also releases electronic music under the name Audio Dependent  and is part of the duo Infinite Particles.